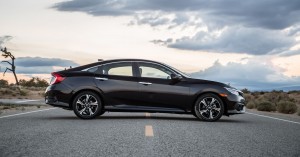 CVTs, or Continuously Variable Transmissions, have been around for a few years now, but they haven’t seen widespread use until recently. For the most part, the reason is that CVTs had more drawbacks than advantages when they first debuted, but as the technology improves it’s becoming more and more attractive to use a CVT instead of a traditional automatic transmission. Here’s why.

The right gear ratios will keep the engine operating at that sweet spot between power and efficiency for as long as possible while you’re accelerating, and let the engine run slower while you’re maintaining speed. One easy way to improve efficiency is to add more gears: most manual transmissions have five or six, but some automatics have as many as nine.

CVTs have a few different designs, but for the most part they involve cones and belts in different configurations instead of gears of specific sizes. By carefully controlling how the cones move, a CVT can keep the engine at the perfect rpm to maximize efficiency at any given speed. This gives vehicles with CVT a significant boost to their mileage. Unfortunately, this efficiency also comes with some drawbacks:

Fortunately, Honda and other companies that are using CVTs are constantly improving the technology. Newer CVTs use artificial “gears” that make them slow down and speed up, creating the stepping engine noise which some drivers prefer, while maintaining almost the same high efficiency. Also, CVTs on cars designed for enthusiasts instead of commuters often come with a Sport Mode that moves the sweet spot to an rpm that gets better acceleration but less efficiency.

While manual transmissions will likely stick around for the same reason that they’re still around today (some people prefer that level of control), it’s possible that CVTs will replace automatics entirely as soon as engineers can work out all the kinks. If you want to see what all the fuss is about, try test driving a Honda with a CVT today.