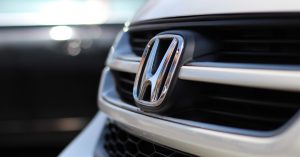 You might have heard recently that Honda has a new Safe Swarm technology it’s implementing in upcoming vehicles. Specifically, Safe Swarm is a new way to improve autonomous driving, and every major automaker is trying to get into the self-driving car market with its own selling point. It looks like Honda’s contribution through Safe Swarm might be the most helpful out of the bunch. Let’s take a closer look at what it does.

Safe Swarm is a system that uses a concept called bio-mimicry to alter a machine’s behavior according to a natural pattern. In this case, Safe Swarm would attempt to make autonomous vehicles behave more like a school of fish. It’s generally understood that school fish are all constantly making adjustments based on what they see the fish in front of them doing. This is what keeps the school moving together, even in hectic moments.

Honda suspects that with Safe Swarm, their autonomous vehicles will make smarter driving decisions based on the detected behavior of vehicles nearby. Best of all, it’s a kind of signal-jumping technology, where vehicles will release their data in response to distant cars to other nearby vehicles. This can start a chain that warns you about an upcoming railroad or another obstacle well before you see it.

Back when self-driving cars were still a new and somewhat bizarre idea, the most common caveat was that the vehicles needed to be as safe or safer than driving normally. One of the best-proposed methods of improving self-driving technology was allowing vehicles to communicate subtly at short ranges with one another, rather than a bunch of independent, artificial intelligence driving alone.

Fish of the Road

To imagine how this works, picture a heavy pileup several miles ahead on the freeway. The cars in this system already stuck or braking hard near the accident would be sending this temporary data to cars nearby. The ones close to the accident would receive this data, helping the autonomous ones slow down in time. They, in turn, would pass the data down to cars near them, causing a constant stream of updated data on little emergent moments. Cars will truly behave like school fish, each responding to one another like a broad, intelligent hive mind.

Honda says this system will not collect and deliver information just among its eventual self-driving vehicles. This information will also have an effect on regular vehicles, likely with a system that better alerts the driver to upcoming congestion or other issues. This way, everyone on the road gets more information on what’s ahead. This is all through a reliable system that takes nearby vehicles into account.

It’s amazing to think of the things that Honda is working on, and how it could change to something even more advanced in the next few years. Stay up to date on this Safe Swarm technology if autonomous vehicles interest you. This feature might move Honda to the top of this blossoming industry. We’ll definitely know more once Honda unveils Safe Swarm at the Consumer Electronics Show, so stay tuned!