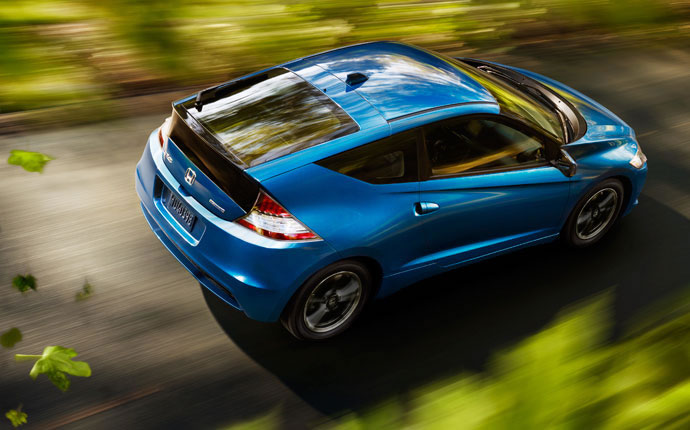 In terms of sporty driving, the CR-Z exists on the highest tower of Honda’s horsepower mountain. Its philosophy is that small, light cars have an intrinsic core of fun that foregoes big, heavy engines in favor of efficiency and ultra-low emissions.

A pair of announcements within the past four weeks offer two branches of the 2015 CR-Z to play up either aspect: performance or efficiency.

At the Specialty Equipment Market Association show in Las Vegas this week, Honda debuted a supercharger kit for the CR-Z that includes: supercharger, intercooler, high-flow fuel injectors, a specially tuned engine computer, and high-flow air filter. The existing weight of the engine remains as it is with this grab-bag offering a performance boost from 130 horsepower to 197.

That’s classic Honda thinking: don’t reinvent the wheel, just tweak it to make it the best wheel it can possibly be. This gargantuan 50+ percent jump in horsepower is accomplished by a handful of specially developed parts, easily swapped into the original engine. It’s astounding work, and considerate of Honda to think of this section of drivers.

The second change to the CR-Z is a little more substantial, only because it involves the drivetrain itself. The 2015 CR-Z has a hybrid option that combines the 1.5-liter engine with a small electric motor. This setup decreases the car’s reliance on gasoline and offers more efficient driving that’s also better for the environment. A manual transmission remains standard, however, to keep the racing aspect of Honda alive.

In this manner, you can choose what kind of emphasis you want in your sporty little coupe. The CR-Z’s pared down body lends itself to either scenario, and the power—as Captain Planet said—is yours.

If you’re in Raleigh looking for a used Honda, come on by.