After announcing last month that it will no longer produce the Insight hybrid at the end of this year, Honda has issued several press releases to vehemently express its commitment to hybrid technology. Halting the production of the Insight spawned other fears among consumers. The fate of other models, like the CR-Z hybrid hatchback and Civic Hybrid sedan, came into question.

Does the Japanese automaker intend to produce future iterations of these vehicles?

Consumers and industry experts alike even asked if Honda intended to continue developing and improving its hybrid system. In the modern world, people remain concerned about the efficiency of vehicles. Disruptive international politics further complicate an already tenuous crude oil supply pricing that, while currently steadied, has dramatically risen over the past decade. These issues certainly contribute to the quick response from Honda regarding its plans.

Honda has officially stated, in response to questions from Green Car Reports, that there are “no production changes” envisioned for the hybrid versions of the CR-Z or Civic models.

The current Integrated Motor Assist (IMA) mild-hybrid system will not be installed in either of the two models to which it has already been fitted in Japan: the 2015 Honda Fit and the 2015 Honda Vezel (likely to be renamed for the American model). In its stead will be a more powerful 22-kilowatt (30 horsepower) electric motor sandwiched between a 1.5-liter four-cylinder engine and a seven-speed direct-speed gearbox.

Honda also issued a press release that promises an expanded line of hybrid models to be offered in the United States. The company promised it is “reinforcing its commitment to a clear product strategy focused on further advancing fuel-efficient and alternative-fuel vehicle technologies that are better aligned with customer needs and that strengthen the company’s U.S. sales momentum.” 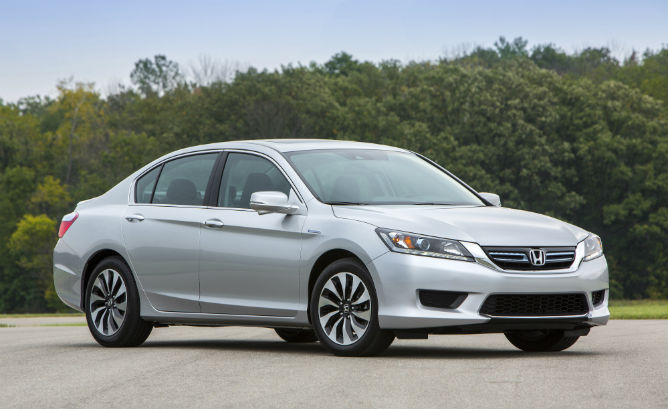 With a growing market for hybrid vehicles, particularly in the class that includes the Accord, Honda clearly plans to ramp up its competitiveness in an already saturated field. The company strongly believes that with its reputation for reliability, innovation, and comfort, it has every chance to purloin consumers who’ve purchased from other brands.

We will see the plans unfold from Honda in the coming months, and you can expect full reports of any updates regarding the automaker’s line of hybrid vehicles.